The most positive aspect of Camping Chantecler at Aix en Provence is not the comfort of the site itself (which is „comme ci, comme ca“), but the short distance between the campsite and the highway. At 9:00 a.m. the Monday morning traffic is still intense, but only 10 minutes later the city gets out of view while we approach the Spanish border. The temperature rises and the wind accompanies Hector with constant intensity. In the early afternoon we arrive at Argelès sur Mer, where sandy beaches abruptly stop and are substituted by the mountains of the Pyrenées, falling down into the sea where the beautiful landscape continues under water. The first try goes to Camping Criques de Porteils: Sea view? Yes! Beach? Yes (if you do not rely on acres of sand). Toilets and showers? Nice enough! Swimming pool? Too small for real sports, but with the sea being only some feet away, it will be okay. Within minutes we are in entire agreement and move Hector to the best space in the first row. 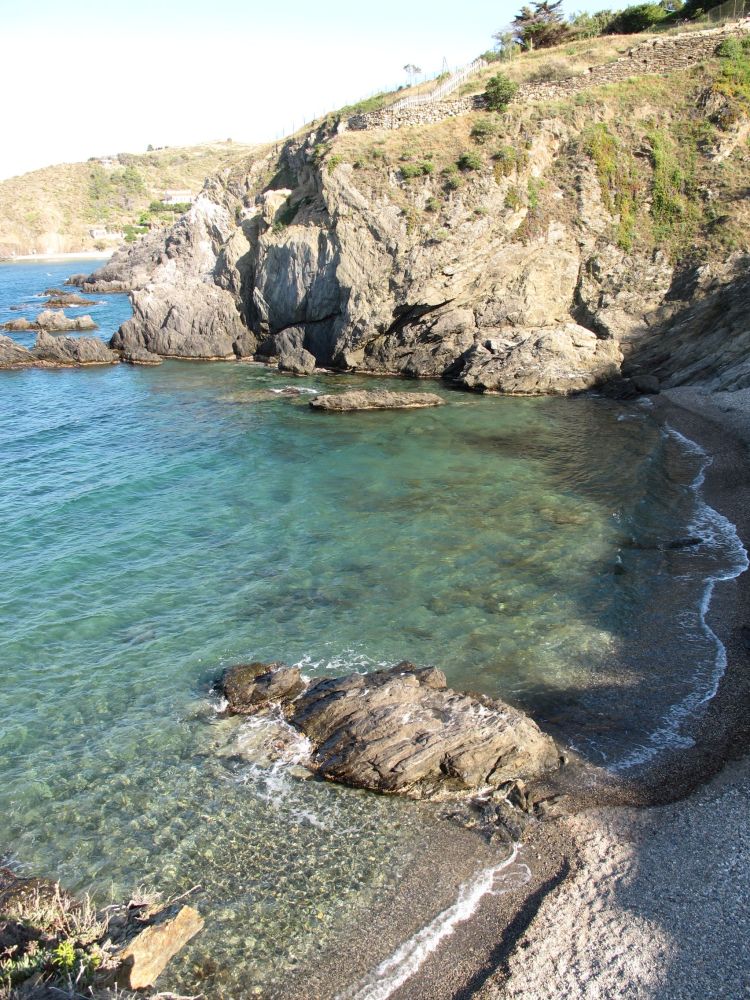 The first week of June still is calm and easy and we are surrounded by only a handful of retired and very nice other campers. We lower the average age about several years, but this is fine. The sea is still quite refreshing, so even in times with less wind we do not fear the sunny heat. The blonde of the Best Camper Girls 2014 is now happy to use lovely pink swimming shoes, the tough one just walks over the pebbles and then jumps into the shimmering green water. Yes, it is definitely okay to stay here for some days.

With the weather changing 7 times per day, weather forecasts are not more than a slight recommendation (or: a possibility) for the time that can be spent among beach, van and touristic sightseeing. While for me sightseeing already starts on the campsite (all kinds of motor-homes, vans and tents, look!), the region offers even more than that.

A wild path along the coastline leads to Collioure with its old church at the sea, the harbor and several historical forts. 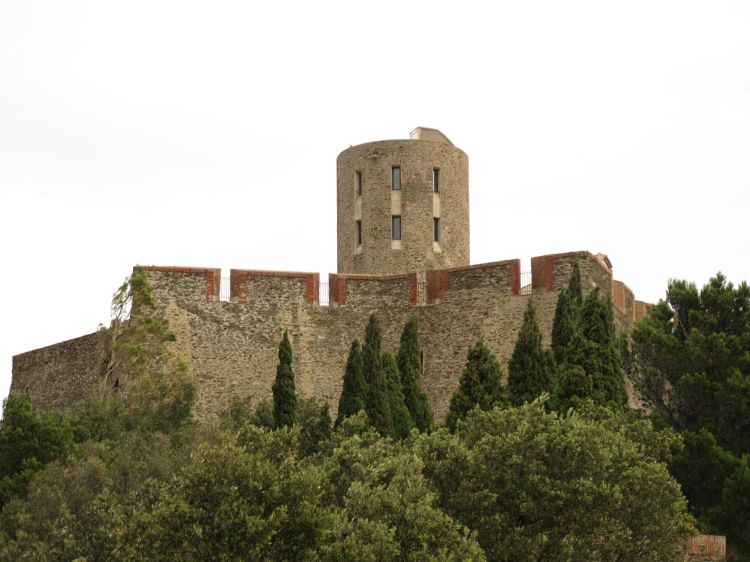 The “petit train” offers non-understandable English information and some open-minded tourists from the USA, bringing us altogether to the highest of the surrounding forts. The view as well as the storm up there are impressing, any philosophic conversation, answer to life, the universe and everything is just: blowing in the wind. 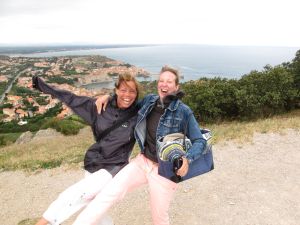 Between “relaxation yoga” (offered as real yoga on the campsite), jogging and swimming we use another day to get on one of the touristic boat trips: The coastline does not really fit in our image of south Europe, it rather looks like being copied from Scotland or Ireland. Black and gray rocks with green plants and merely any beaches dominate the scenery, with defensive towers, forts or castles on almost every of the higher peaks that form the natural border between France and Spain.

The boat stops at Portbou, the first village on the Spanish costa brava. Despite of the royal cathedral “Església de Santa Maria” the village cannot deny the obvious fact that money is rare in these days: what could be some idyllic holiday village shows up with frustrated inhabitants (especially when you try to order some drink at the bar up on the beach) and a certain sense of poverty. Perhaps it was only due to the dark clouds that last during our entire 2 hours visit in Spain, but it somehow feels good to get back on the boat and let the waves take us to France with a brighter sky and warming sun.

Meanwhile, we make friends with our camping neighbors and enjoy every minute that we pass here in this very special landscape.

P.S.: If you miss us, we might just have gone off for a swim! 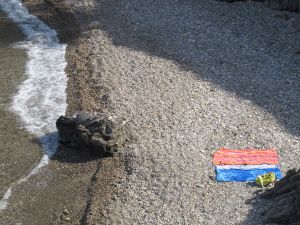 One thought on “Cold Spanish wind or: France is where the Sunshine is”