When asked how the trip to Sweden has been, the prompt answer is: No rain, few mosquitoes. 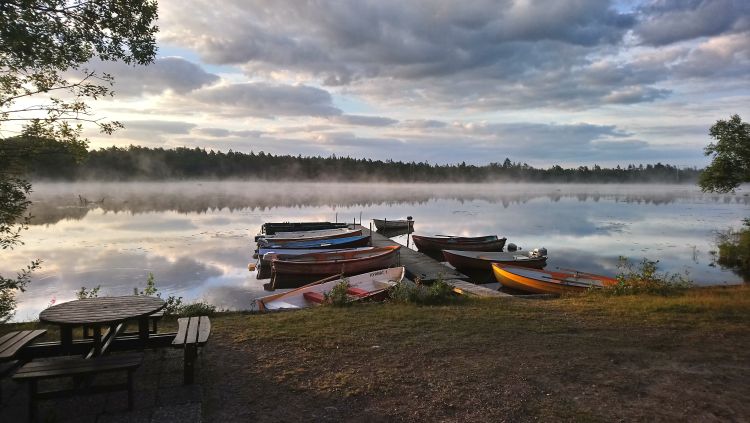 Sweden – Waking up in Beautiful Nature

In fact, I had not a rainy day for three weeks, only (few) rainy nights. Plus one short rain shower that passed me by on the cliff of Fjällbacka, presenting the surrounding in the most dramatic light I could ever have asked for.

German mosquitoes are way nastier than their Swedish relatives: the statistic speaks up for itself. Consequences are five bottles of no-bite, Antibrumm and similar stuff, all left over and waiting for upcoming holidays.

Now, what about costs? Sweden is supposed to be expensive and that is more than true for prices on camp sites. At average, I paid about 30 € per night on regular campings, usually coming along with low sanitary standards and extra charge for hot water. However, based on the “Bordatlas” and the gain of routine in seeking nice spots, I spent more than 50% of my nights on any kind of camper parking or similar places, then with average costs of about 10 – 12 €. Best of all has been my wild camping experience at a small lake in Småland – the wild camping / allemansrätten is one of the best reasons for camper van holidays in Sweden. 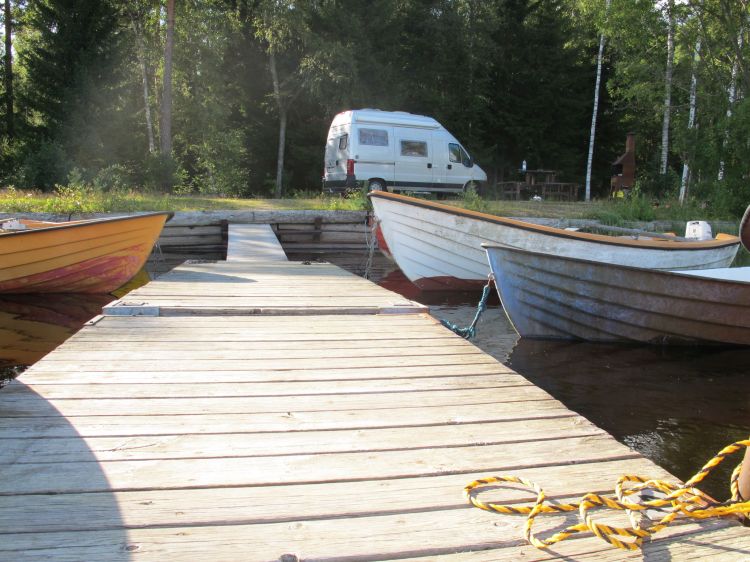 Hector Establishes his own Campground

When it comes to food, eating out in the evening is expensive whereas breakfast or lunch are available in the range of 4 – 8 €, supplying hungry mouths with masses of good food. Prices for wine or beer are okay when you are already used to the hilarious amounts of the Munich bar scene: 5 € for a beer (0.5 l) or 8 € for a glass of wine are okay when compared to the white wine in Munich’s “Goldene Bar”, charged with 12 € per glass without being ashamed of their obvious greed. 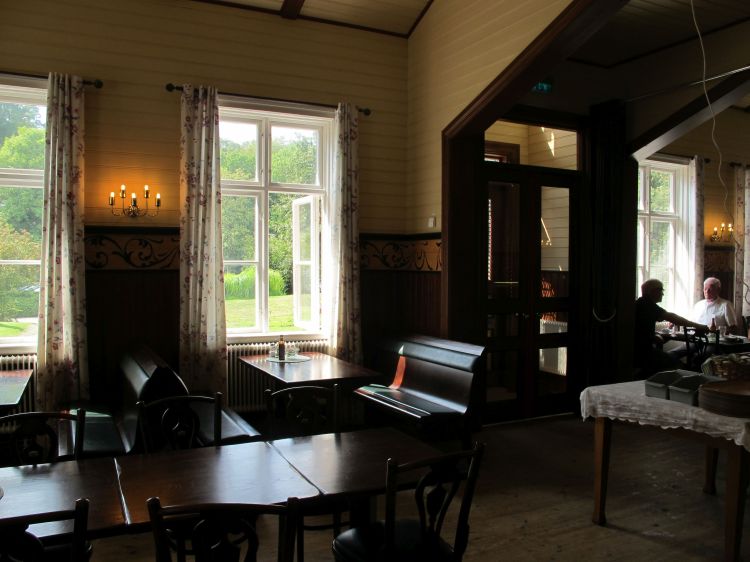 The route has developed itself. I gave up any discussion with Hector of where to go, easy enough with all the sunny weather my van has subscribed to. The German distance is worked up best with departures in the late afternoon – thanks to camper parkings that are open all night long, there is no timing restriction for this kind of travelling.

Impatient as usual I only spent a few hours in the Leipzig suburbia, all fine with the Agra Park right beyond my doormat. Warnemünde / Rostock was tempting enough for 2 stop-overs and consequently would be first choice for the Sweden ferry any other time.

Sweden’s South welcomed Hector and me with empty roads, easy travelling and harmless people. Most of the villages around the coastline offer restaurants or further gastronomy and sandy beaches are as likely as grassy meadows at the Baltic Sea.

Severe planning would have saved some hundreds of back-and-forth kilometres, but as far as it comes to me or Hector there are no complaints. I love following spontaneous ideas like antique shopping along the route, a festival weekend and all of the encounters that unfolded along the way.

The skerry coast around Gothenburg is even more beautiful than the South but less inviting. The Alemansrätten (the basic right to camp a night in plain nature) is invalid there and despite of the higher number of pretty harbour villages, there hardly are any welcoming restaurants, let alone cafés or bars. People are less friendly to strangers, fighting tourists more than living on them. At least Fjällbacka is vivid enough and always is worth a day or two.

Now what was best?

Nature.
The wild camping.
Encounters with all kinds of people, some planned and some not. With enough books on the shelf and food in the fridge you will always get by. If looking for action though, be prepared to spend time on your own, best when combined with sports like jogging, hiking or kayaking. Cultural events are rare with exception to larger cities (Malmö, Lund), but as I have not gone to Sweden for their bull fighting tradition, it was all fine. Perhaps I would look for further festivals next time – that is probably the best chance to catch Swedish folk let loose, dance and party all night long.