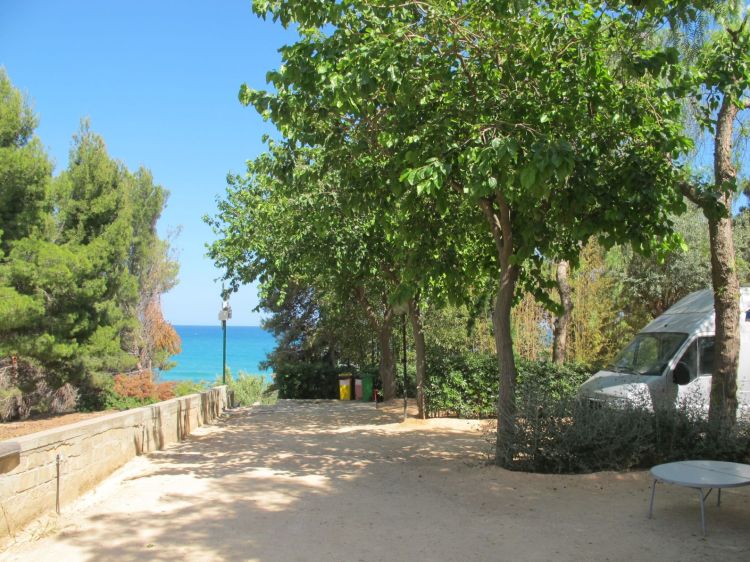 Another Culture Day breaks its dawn with fabulous Hector and bright sun. We start full of youthful enthusiasm which is good – otherwise the 2,2 km march to the next bus station would have annoyed us.

We could have spent the day at Sabbiadoro, doing nothing. Instead, we are off to Noto. Sometimes it is tough being intellectual…

As soon as we stride the Porta Real and enter Noto’s prinked baroque centre it gets obvious that this place is worth a visit. Especially when fresh wind is more tempting for a light jacket than for sand coating in your tiniest bikini.

Perfect conditions for a city tour at Noto

While Taormina shares a style mixture with a range of aprox. 2.000 years and with Siracusa having a more off-scaling charm, Noto is all bright and nice and beautiful. Like easy-listening pop or chocolate ice cream, Noto is the everybody’s-darling-town of Sicilia’s East coast.

Like pearls on a string, grand buildings present their baroque facades along the Corso Vittorio Emanuele. Following the flock of tourists, we step through Porta Reale and make our way through Baroqueland.

We start with the Chiesa di Santa Chiara, a wonderfully inviting church with dignity and a statue of Padre Pio. Driven by the atmosphere of the church, I ignite a candle before we step out into the sun for the next highlights.

Next stop is Noto’s Cathedral, majestic and impressive yet with a different charm compared to Santa Chiara.

Getting more into the local style of decoration, we follow our guidebook and admire elaborate balconies in some of the cross-roads. Guess showing off in front of your neighbours was a common hobby back in 1694.

Even before everybody wanted a Porsche, people found a way to show their richness

No matter where you turn here, you will always stand in front of beautiful buildings. Passing by the theatre is almost like: “yeah, see? Another one…”

With a bit of a distance from the Corso Vittorio Emanuele, we finally find an open place with a modern building at one side. It looks like something with bureaucracy in it, while the pattern of blind windows comes with a particular beauty. 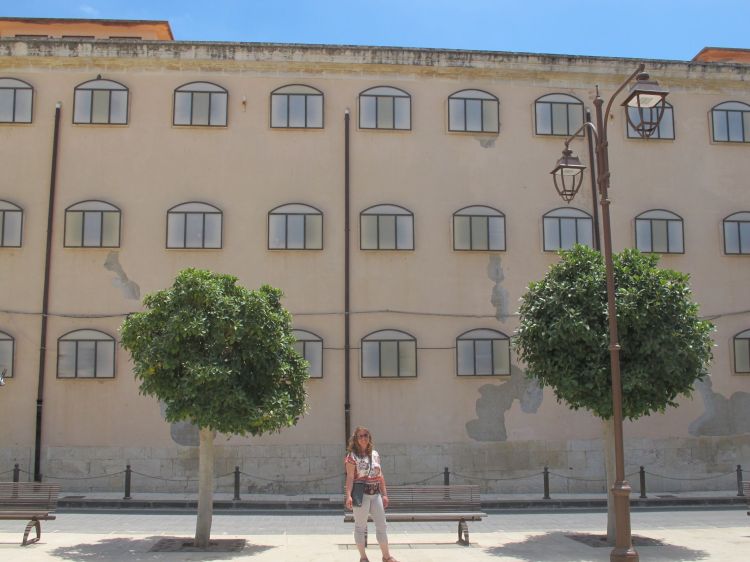 A few weeks ago, Noto was all blooming and flourishing during the annual flower festival Infiorata di Noto: Roads and stairs around the historic centre get filled with flower arrangements, all adding up to gigantic pictures in the slope streets. The forms are still visible and some of the stairs around have been painted, following this year’s device of “I Siciliani in America”. Hence, it is no wonder that the Statue of Liberty is to be found right here.

For lunch, we get served with all kinds of delicious antipasti + main course at the Trattoria Ducezio. Sometimes when I think back of the Sicilian holidays, I still dream of gamberetti all’ arancia…

However, we are not here for fun but for culture! Hence, next stop is an exhibition with works from Banksy, one of the contemporary artists I admire most.

Banksy’s street art is a nice contrast to the Baroque-as-Baroque-can architecture in Noto. Still full of impressions, we hop on one of the afternoon’s busses (ignoring the toothless taxi driver that tries to talk us in his car), heading up for Avola.

The town between Noto and our campsite is described as a hidden champion, a quiet town with a small historic core. In fact, it is non-touristic with only local highlights. The highlights are today’s funerals that pass one after the other while we wait on busses that might or might not exist on the cryptic timetable of the bus station.

Eventually, we make it on a bus and the friendly driver offers an extra stop for us, bringing us all back to Camping Sabbiadoro.