After some Sicllia-style traffic, I wave goodbye to Martina and continue the lonely part of the journey. Only me. And Hector. And thousands of tourists. And Sicilians. Guess, I won’t be that lonely after all. 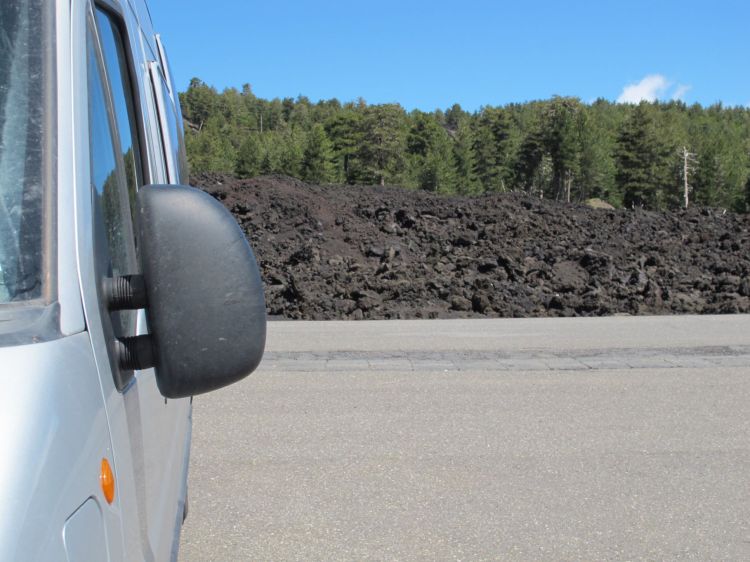 The first impression, however, is: empty spaces. Seems that there is no one around at Etna Nord… Might be because of yesterday’s eruption. On my way from Catania to a vineyard north of Etna, Hector decides more or less on his own that we should check if everything is still ok up there. And, strange enough, apart from a huge sulphur cloud, we see blue skies all around us. 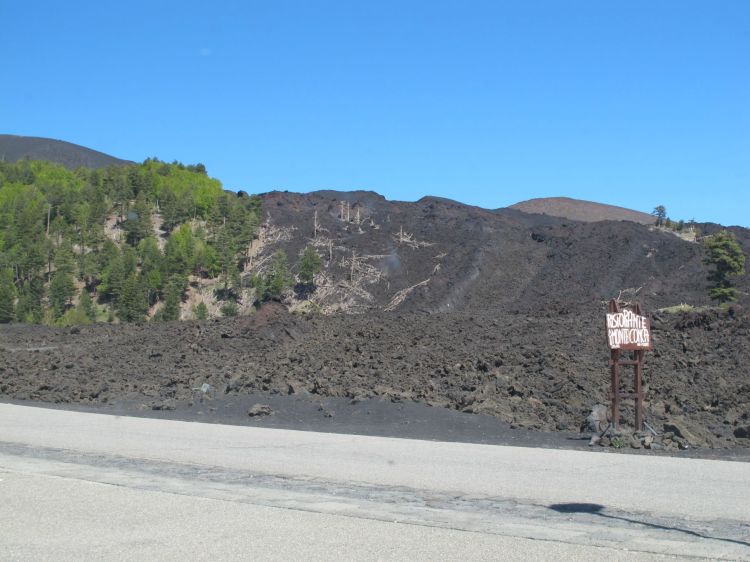 Next stop is the famous Gole d’Alcántara: a gorge with artful, yet natural basalt rock and ice-cold water. And a Disneyland of tourism around it. I had an idea about nature, maybe an uncomfortable tour with marching through hip-deep water, stunning views on cathedral-like stonewalls and such things. Instead, it is all about boring pathways, blocked ways to the gorge and picknick-forbidden-all over. 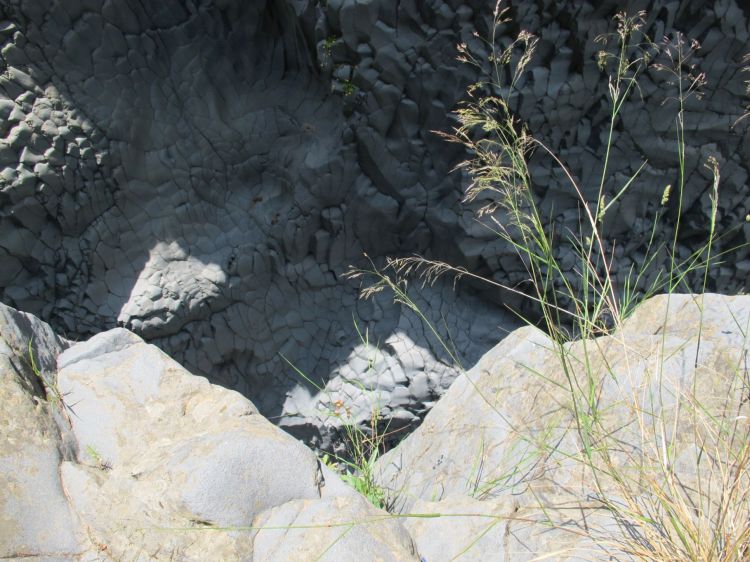 At least, some of the facets become visible by holding up the camera and taking pictures on the assumption that the angle + distance might lead to some photos worth my memory’s space. 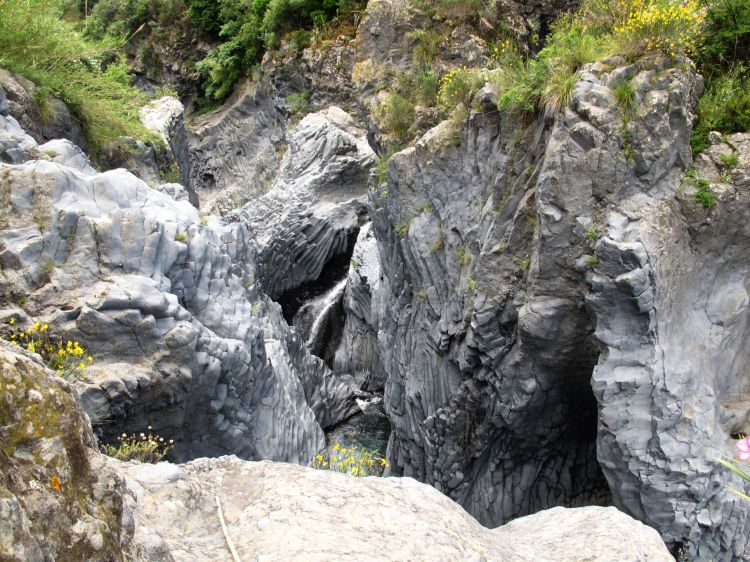 Finally, I make it to “the beach”. If you want to see the Gole d’Alcántara, believe me: going down (by elevator even) to the beach is all you need. Do not let yourself get talked into any further than this… Silly enough, it might be no problem at all to wander through the water to further sections around it and find even better paths then the ones created by the tourist-machinery here. 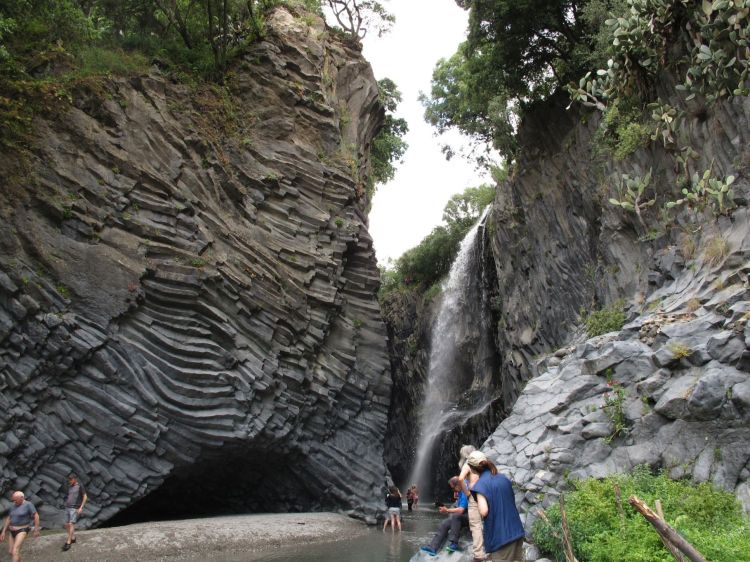 Perhaps it is some common rule during mixed holidays: The first day alone always is a weird one. Consequently, when I turn to a recommended vineyard, there is neither a possibility for wine tasting during the afternoon, nor do they accept tiny shiny Hector on their front-yard for an overnight stay. 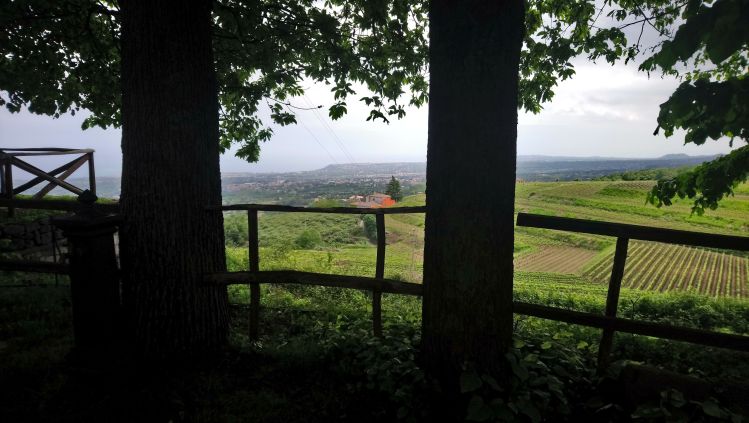 In the end, I spend a relaxed evening at the well-known camping paradise, about 20km south of the Etna. And only there, sitting outside and wondering why I seem to feel grains of sand on every surface, I realize that the volcano still is active and erupting diminutive grains of lava. They float through the air, invisible except for µ-sized particles in my wine glass… Finally, the happy end of the day is that Hector took me up on Etna North, down to the Gole d’Alcántara and, via a vineyard, back to the sea – without being boiled, drowned or drunk. Now, isn’t that something?