It is around 10 in the morning at Bordeaux airport and there are quite some options for another week of holidays. Once I fancied that I could take my time driving days and days through France, stopping here and there. Now it turns out that I have not counted on Hectors obstinacy and the fact that his metal coachwork reacts magnetic to waters. Before I can enter any destination into the navigation device, I am already en route heading south-west towards the Atlantic Ocean. 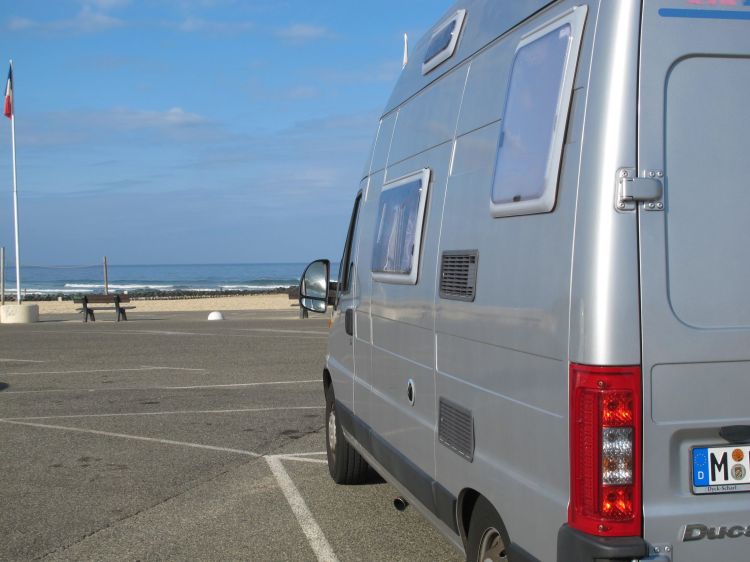 When Einstein detected details of Gravity – did he think of the strong pull between Hector and the Sea?

At noon it is all set: Hector offers his full indoor + outdoor capacity and upcoming surf lessons are agreed for the next three days. While Nepal had been all about walking, these weeks are all about beaching. At the office, I would be bored to death with hours full of nothing, but it is different at the coast. I forget about time, I forget about money and I forget about almost everything that exceeds imminent needs such as food or sunscreen.

The surf lessons during my last week are like the waves, full of ups and downs. The good part is that I am on top of the beginner’s level. The annoying part is that I have not reached the next level yet. Frustration takes the lead on day 3 (what else?!), when Vincent is busy helping some surfing neophytes on their boards while I am left alone with strong current and aggressive whitewash, thanks to the new moon. I look at the sea and think back: Only months ago, I have passed an altitude of 5.416m. These waves may be nasty, but they are not higher than 1,50m – absolutely hilarious! 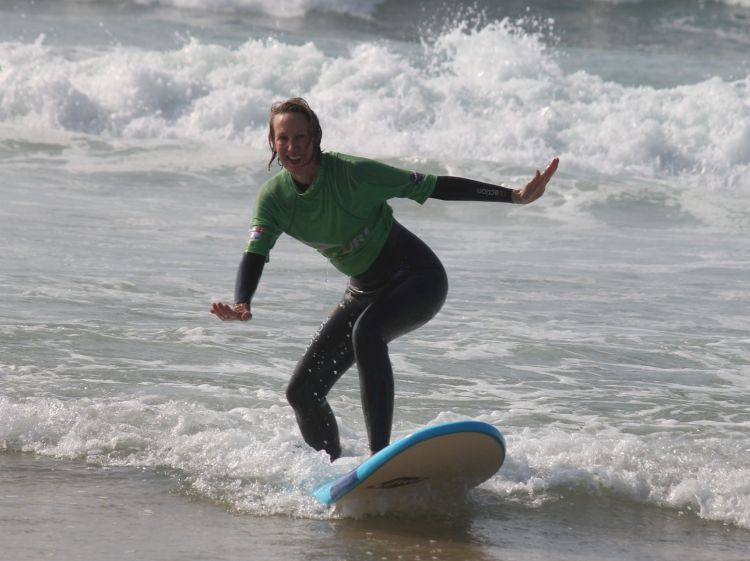 Getting better with the right Perspective: These waves are nothing compared to the height of the Himalaya

After a last evening at my favourite restaurant of Vieux Boucau, it is time to move on. I transfer Hector to the Camping Saint Martin at Moliets et Maa and learn that an endless beach means endless walks through the sand before you reach the best surf spot. Good that I am such a sporty girl, all able to cope with the surrounding – and well supported by Hector who has settled down only 30m behind the huge sand dune that separates the campsite from the beach. 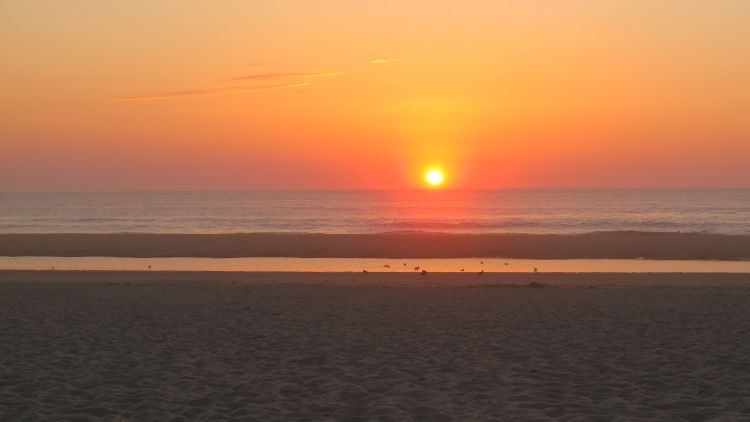 With a rented board I try out the local waves on my own. It is a pity that the conditions are not inviting enough to try out the open (no real waves behind the sand bank), but at least I am queen of the whitewash. Take every wave that comes along, jump on the board, immediately turn left and follow the diagonal course of the wave’s shoulder right until the end, that’s what I practice over and over again. Meanwhile, my outfit does not match my abilities: being less under water and more on top of the board, my long-sleeve wet suit gets far too warm for sunny 30°C. Sometimes it is tough to be me…

Queen of the Whitewash

Within a blink of an eye, 3,5 weeks are over and I have to think of the way back to Munich. Even in fast-and-furious mood, Hector will probably need more than one day for the distance of 1.500km. However, it might be a bit annoying if I start early in the morning, so why not celebrate departure day with a final surf lesson?

It is always good to have surfers on speed dial and within minutes it is set. The next morning, I store everything properly in Hectors various compartments, check out at Moliets et Maa and reach Vieux Boucau 20 minutes later. After successful one and a half hours in salty water and with gentle (later: a bit too gentle) waves, I get out of the wet suit and straight into the driver’s seat, taking some grains of sand with me along the way. Although I love my life and my home-town, one or two months more for travelling would be very welcome… With a heartful sigh I turn around, knowing that I will not see another sunset at the beach for months.